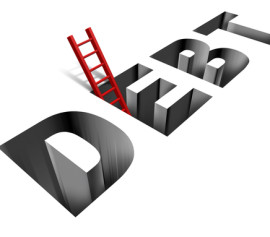 For the 1 in 3 Americans who are currently struggling to pay some or all of their debts, being on the receiving end of calls from debt collectors is a familiar experience. But what happens on the other end – in the offices of the 9,677 debt collection agencies that currently operate in the United States?

Writer Jake Halpern decided to find out. In a recent article in the New York Times, Halpern joined a small debt collection agency to discover how they operate, what tricks they use and what the stakes are for debt collectors.

“There is a perverse logic at play here,” Halpern writes in the Times. “In a stagnant economy, we can barely pay our debts, but we can still pay people to collect on them.”

Here are just a few of the tools and tricks Halpern discovered during his time “behind-the-scenes” at a debt collection agency:

If you’re facing debt collectors, you may feel as though you have no options left. In fact, you have more rights than you may realize. Filing for bankruptcy is one option. Working with a bankruptcy lawyer can enable you to stop debt collection calls while you determine whether bankruptcy or another option is right for you.

At the White Plains bankruptcy law firm of Michael H. Schwartz, P.C., we know how debt can turn someone’s life upside-down. That’s why we’re committed to helping each of our clients find the right options for getting back on track.

Mr. Schwartz has assisted clients with more than 4,000 filings. As one of the top-rated bankruptcy lawyers in New York, Mr. Schwartz can help you stop annoying debt collection calls and preserve your future financial well-being. To learn more through a free case review, call (800) 666-9743 or send us a message.