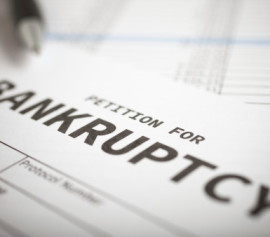 Homeowners at risk of losing their house to foreclosure may be able to keep it by filing for bankruptcy. Although not a cure-all, bankruptcy – in particular, Chapter 13 bankruptcy – may buy homeowners extra time to reorganize their finances and catch up with late mortgage payments.

A new study by the University of North Carolina Center for Community Capital found that homeowners in foreclosure who filed for bankruptcy protection were 70 percent less likely to lose their homes to foreclosure auctions. The protective effect of bankruptcy was found for both Chapters 7 and 13 filings but was five times greater for Chapter 13 than for Chapter 7.

“When the bankruptcy laws were first passed, the decision was made that preserving home ownership was a worthwhile way to go. That’s why the bankruptcy laws do provide provisions that allow owners to keep their homes,” Mark Lindblad, a study author and research director at the Center for Community Capital, said in an HSH.com article.

Chapter 7 & Chapter 13: The Differences for Homeowners

A bankruptcy filing automatically stops the foreclosure process, but as the UNC study shows, Chapter 13 is generally a more effective means for homeowners to keep their homes. That’s because Chapter 13 bankruptcy results in debt consolidation and a three-to-five-year debt repayment plan.

People who file for Chapter 13 can retain assets like their house and car.

Chapter 7 bankruptcy, on the other hand, generates money through the sale of assets to pay off creditors.  Consumers can end up losing their home in the process.

Only 8 Percent of Homeowners Studied Turned to Bankruptcy

Given the power of bankruptcy to halt foreclosure, it’s surprising that only 8 percent of homeowners in the UNC study actually filed when facing foreclosure. The reason may have to do with negative stereotypes attached to bankruptcy.

But Raquel Price, a bankruptcy attorney in State College, Pa., told NBC News that a foreclosure may be more damaging to personal finances than a bankruptcy filing.

“In the eyes of lenders, you’re making an attempt to pay back what is owed and keeping up with your payments,” Price said. “With a foreclosure, you simply just walk away after not paying for a period of time.”

With that in mind, bankruptcy shouldn’t necessarily be the first line of defense for homeowners facing foreclosure, because it does have long-lasting effects on credit. NBC’s John W. Schoen recommends approaching lenders to see if a more affordable payment plan can be worked out.

If you’re unable to reach a deal with your lender, having a bankruptcy attorney working on your behalf can prove more successful.

New York bankruptcy attorney Michael H. Schwartz has assisted clients with more than 4,000 filings. Under his guidance, clients haven’t had a single discharge denied or lost a single home in foreclosure.

As one of the top-rated bankruptcy lawyers in New York, Mr. Schwartz can help you keep your home and preserve your future financial well-being.