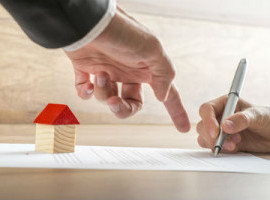 The creation of the federal Home Affordable Modification Program (HAMP) was intended to help homeowners keep their homes in the face of the mortgage crisis and the end of the nationwide housing bubble. A recent report on the program’s progress, however, has revealed that only 887,001 borrowers are currently enrolled in the program. Millions of homeowners have tried to take advantage of the assistance – but, as the report noted, the program has failed to prevent big lenders from giving these homeowners the runaround.

Among the worst performers when it came to rejection was Citibank, which rejected 87 percent of those who applied for a loan modification. JPMorgan Chase turned down 84 percent of applicants, according to the report. At Bank of America, the rejection rate was 80 percent, and 60 percent at Wells Fargo.

According to the New York Times, the banks argue that the rejection rates are fair. For instance, the Times noted, the banks claimed that 38 percent of borrowers failed either to complete their paperwork or to make their first payment once they were accepted into the program. Citibank, despite its 87 rejection rate, claims that it approved 100,000 loan modifications – or about 50 percent of all applications in which the paperwork was completed.

The HAMP report, however, states that problems with the program lie with the banks, not with borrowers. The report notes that two major flaws in the program have led to the significant rejection rates. First, the program allowed banks to choose whether they would participate. Second, the program let participating banks run the process on their own, with little or no oversight or set rules for accepting or rejecting applications.

There may also be a financial incentive for banks to delay or deny loan modification applications, the Times reported. The longer the loan sits with the bank under its original terms, the more interest piles up – interest the homeowner is often responsible for paying even if the terms of the loan are changed. Fees for applications and resubmitting paperwork after the bank makes an error or delays can also add up for borrowers. In one case reported by the Times, four improper rejections of a loan modification by Wells Fargo added $40,000 to a homeowner’s bill. That case ultimately wound up in court.

Many attorneys who help troubled homeowners attempt to navigate the HAMP program in order to receive loan modifications or other assistance agree with the HAMP report’s conclusions, according to the New York Times. In an interview with the Times, the director of foreclosure prevention at Legal Services NYC described wrongful denials and abusive tactics that many homeowners had faced as they attempted to get help from the program.

If you’re unable to reach a HAMP agreement with your lender, having a successful bankruptcy and foreclosure modification attorney working on your behalf can make the difference.

New York bankruptcy and mortgage modification attorney Michael H Schwartz goes the extra mile in his fight to defend his clients. His legal proceeding against the Bank of America, just one of many of his legal proceedings on behalf of his clients against Banks, Credit card Companies and Lenders has been written up in both the NY Times and Wall Street Journal.

He has gotten mortgages modified after prior lawyers couldn’t. He never gives up.

As one of the top-rated bankruptcy and foreclosure defense lawyers in New York, Mr. Schwartz can help you keep your home and preserve your future financial well-being. To learn more through a free case review, call (800) 666-9743 or send us a message.